Prozac is the brand name of the generic drug fluoxetine. Prozac is a selective serotonin reuptake inhibitor (SSRI), a type of antidepressant medication that also can be used to treat anxiety. 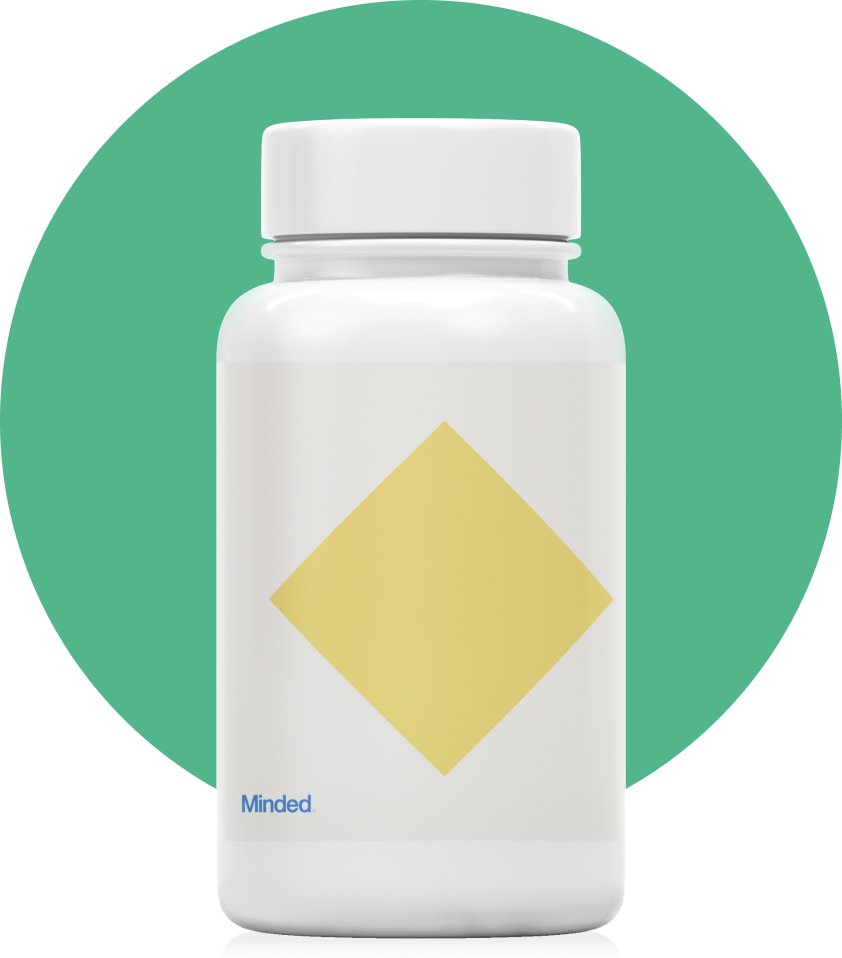 Prozac also has many off-label uses. When a medication is prescribed for “off-label” use, this means it is being taken to treat a condition other than one that the Food and Drug Administration (FDA) has approved. Off-label use is a common and acceptable practice among healthcare providers.

Off-label uses of Prozac include:

Prozac is a selective serotonin reuptake inhibitor (SSRI). SSRIs, including Lexapro (escitalopram), Zoloft (sertraline), and Celexa (citalopram), are a type of medication typically used to treat depression, though they also treat anxiety. SSRIs work by boosting the brain’s level of serotonin (a type of neurotransmitter, or small molecule that sends messages between nerves). SSRIs increase the amount of serotonin available in your brain by preventing it from being reabsorbed and deactivated by the nerves in your brain (called neurons).

Serotonin helps balance your mood, affects your overall sense of wellbeing, and can improve feelings, such as contentment, optimism, and satisfaction.

Prozac (fluoxetine) is available in multiple forms and doses:

A starting dose of dose of fluoxetine or Prozac usually is 20 mg. If needed, your doctor or prescribing nurse may increase your dosage gradually over the course of several weeks. Depending on the condition it is being prescribed for, the maximum recommended dose may be up to 80 mg daily, though some people need a higher dose than that for symptom relief.

Once you and your prescribing doctor or nurse feel that you are on the right dose to relieve your symptoms, you might consider discussing switching to the weekly dose version of Prozac rather than the daily version. In such instances, taking Prozac weekly is as effective as daily and reduces the burden of taking it.

With the exception of the weekly dose version, Prozac is usually taken once daily. It is typically taken in the morning, either with or without food.

If you accidentally miss your daily dose of Prozac, either:

If you accidentally miss your dose of the weekly Prozac, go ahead and take it as soon as you remember to and then resume your regular medication schedule.

Common side effects of Prozac include:

Many adverse effects of Prozac may improve within the first couple of weeks of starting it. However, sexual side effects may not disappear while you continue to use Prozac.

If you experience these or any other new or worsening side effects, talk to your prescribing doctor, nurse, or Minded professional.

Rare or serious side effects of Prozac include:

SSRIs—including Prozac—may increase your risk for potentially life-threatening bleeding in your stomach, intestines, nose, gums, and other areas of your body. This risk may be higher if you also take certain other medications, including:

Seek immediate medical attention if you experience these (or any other) serious side effect(s).

There may be many causes for weight gain in people taking antidepressants—and not all of them are directly related to the medications themselves. However, in some cases, antidepressant medications—including Prozac—can cause weight gain. One 2016 study published in the Journal of Clinical Medicine found that people who took Prozac over a two-year period gained an average of 4.6 pounds.

On the other hand, a 2015 study in General Hospital Psychiatry that looked at antidepressant use ranging from 6 months to 3 years found that while many antidepressants led to significant weight gain, Prozac was the lone exception that did not.

While some people experience weight gain, loss of appetite is a possible side effect of Prozac, which could potentially lead to weight loss. While there are few studies that look explicitly at weight loss and Prozac, one 2019 study did note that Prozac may lead to weight loss, though the authors noted that their findings were based on limited data.

Always let your doctor, prescribing nurse, or Minded professional know about all medications and supplements, like St. John's Wort, you are taking. This is important to determine if Prozac may have any potential negative interactions.

Prozac may interact with:

You should not drink alcohol while you are taking Prozac (or antidepressants generally). Alcohol can both decrease the benefits of antidepressant medications and increase their negative side effects. If taken with alcohol, there is also a risk of accidentally overdosing on Prozac.

Prozac and other SSRI medications need to be taken regularly in order to effectively relieve depression symptoms and avoid withdrawal symptoms. You should not skip any doses of Prozac in order to drink alcohol.

Prozac comes with an FDA “Black Box” warning. A Black Box warning means that the FDA has identified certain potentially serious safety risks that could occur from taking this medication. While these safety warnings are very serious, the actual risk can be low or even rare.

Talk to your doctor or prescribing nurse if you are pregnant or planning on becoming pregnant or breastfeeding. Because Prozac can be passed to your baby during pregnancy and through your breast milk, your treatment plan may need to be adjusted during this time.

If you have to stop taking Prozac for any reason, it is important that you work together with your prescribing doctor, nurse, or Minded provider to come up with a plan to carefully and gradually do so to avoid withdrawal symptoms.

Prozac withdrawal symptoms may include:

While some people may have mild antidepressant medication withdrawal symptoms, other people experience severe symptoms that go on for weeks or even months. Following a careful plan that you and your provider develop together can help you avoid withdrawal symptoms. 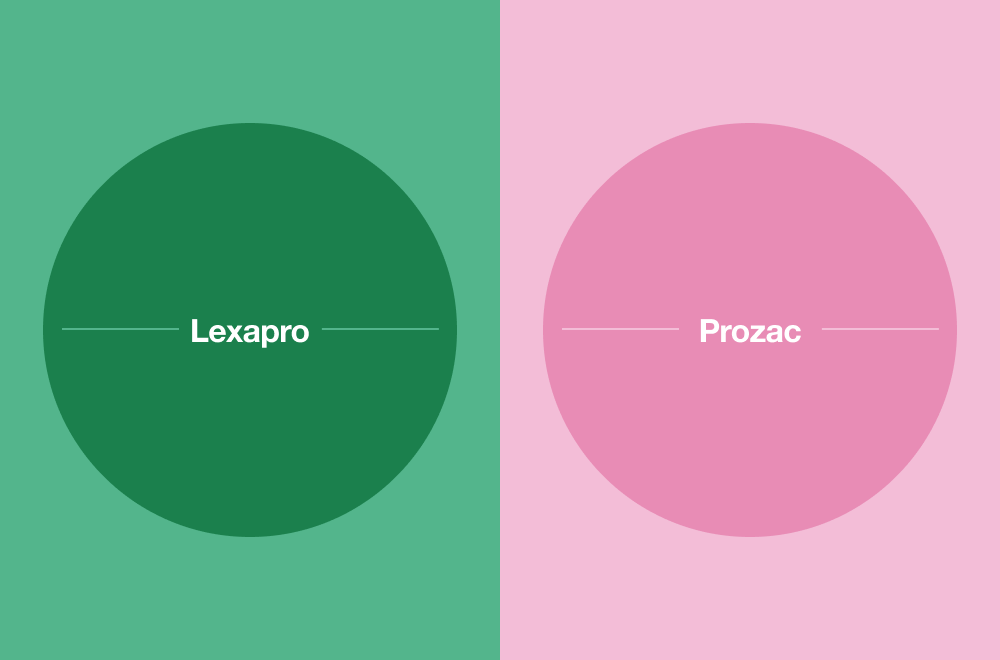 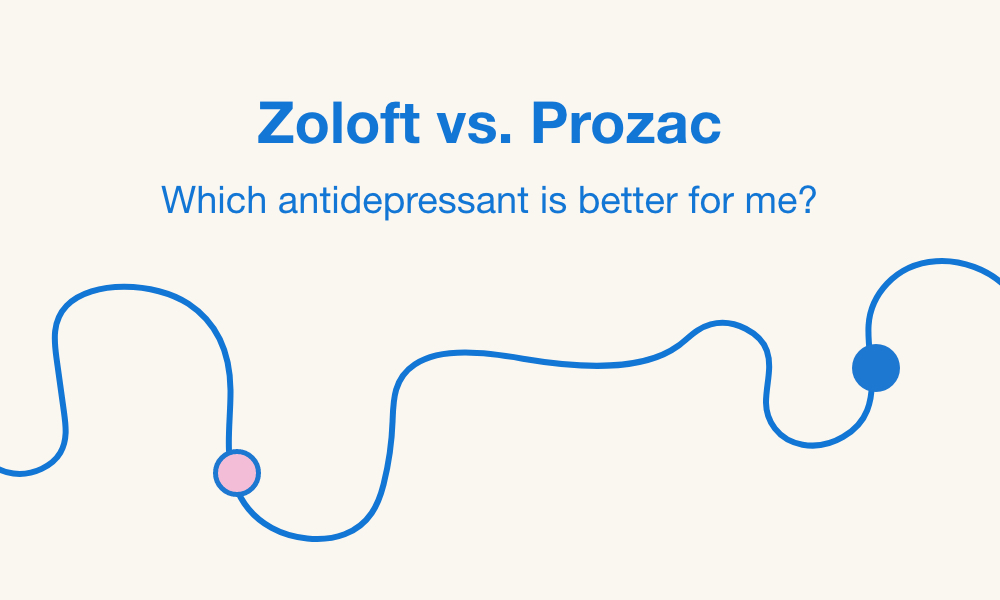 Zoloft vs Prozac: Which antidepressant is better for me?

How long does it take for Prozac to work?

As with many SSRIs, you might notice that your appetite, energy, and/or sleep begin improving in the first week or two after starting Prozac. It may take 6 to 8 weeks or more for other symptoms—such as depressed mood or decreased interest in day-to-day activities—to noticeably improve as well.

What does Prozac feel like when it starts working?

As mentioned above, in the first few weeks of taking Prozac, you may begin seeing improvements in your energy, appetite, and/or sleep. Side effects you might have had when first taking Prozac may start to ease up or disappear altogether.

Over the next few months, you also may start to notice other signs of depression or anxiety also improve. For instance, you may find that your mood has lifted and/or that you are more interested in your daily activities.

Can you overdose on Prozac?

It is possible to overdose on Prozac. Symptoms of a Prozac overdose include:

If you experience these (or any other) serious side effect(s), seek immediate medical attention.

Is Prozac a controlled substance?

Prozac and other selective serotonin reuptake inhibitors (SSRIs) are not controlled substances.

Does Prozac help with anxiety?

Prozac is sometimes prescribed off-label for generalized anxiety disorder (GAD) and social anxiety disorder. However, not many studies have been done to look at the effectiveness of Prozac for anxiety in adults.

Prozac vs Lexapro—which is better?

Prozac and Lexapro are both selective serotonin reuptake inhibitors (SSRIs) that have similarities and conditions they are used to treat, including:

Prozac and Lexapro have been found effective in treating obsessive-compulsive disorder (OCD) and social anxiety.

Prozac vs Zoloft—which is better?

Zoloft is another SSRI used for conditions commonly treated with Prozac, including:

While few recent studies have been published comparing Zoloft vs Prozac, one older study found that the two medications were comparably effective in treating major depressive disorder (MDD). However, a more recent study comparing several past studies noted that Zoloft may be more effective than Prozac in treating acute (severe) depression.

Zoloft vs Prozac: Which antidepressant is better for me?

Visit Minded and get a free assessment to find out if Prozac could work for your depression or anxiety treatment.

Minded offers online appointments with board-certified psychiatrists and nurse practitioners within a week. If you already have a Prozac prescription, Minded can help you refill or renew it online. Our team of professionals can also assist with adjusting your dose or advising you about other medications that might be a good fit for your needs.

How increasing the dose of my antidepressant helped my postpartum anxiety

Should I take antidepressants?